Top Signs of Elder Abuse in a Nursing Home

Top Signs of Elder Abuse in a Nursing Home 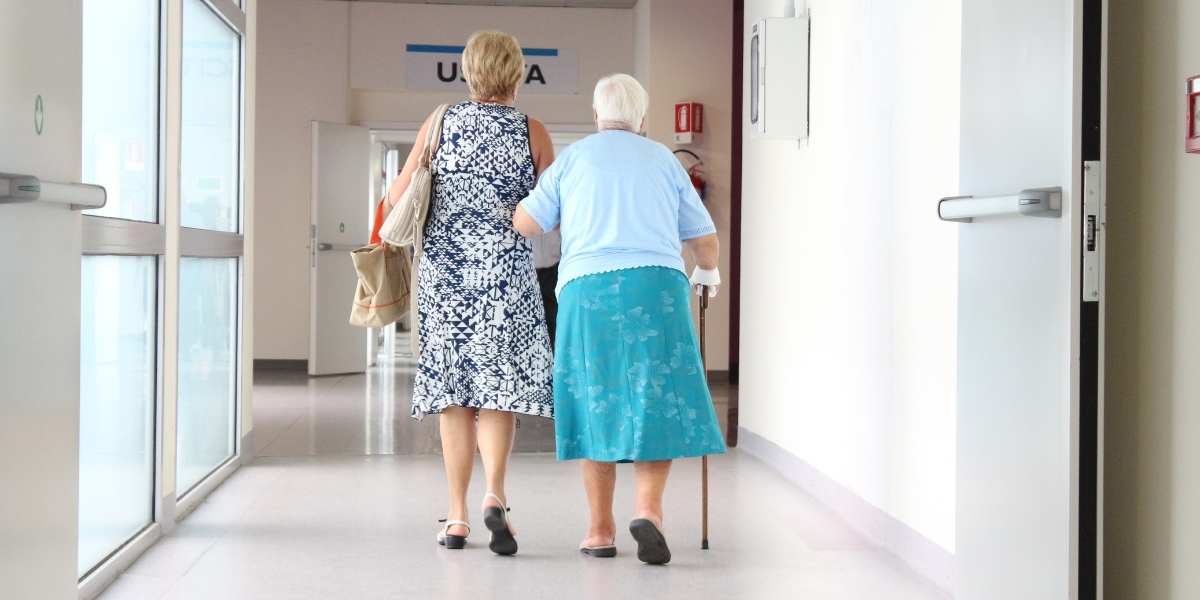 When a person becomes weaker in mind and body as they grow older, they can become an easy target for abuse. This elder abuse in nursing homes can take various forms: physical, emotional, financial, and more. While elder abuse can occur anywhere from the workplace to the home, it commonly happens at nursing homes and senior care facilities due to either neglect or willful intent.

Though there can be many motives for elder abuse, it doesn't change the fact that the elderly are helpless to defend themselves in many cases. Sometimes, they may not even realize that they're being abused because of their declining mental state or because the abuser has gained their trust.

To protect your elderly loved ones, familiarize yourself with the signs of elder abuse in a nursing home. As a friend or relative of a senior, this can help you to keep them safe when they are most vulnerable. As the manager or employee at a nursing home, it can help you to prevent your facility from being sued and criminally investigated.

Generally, elder abuse can be divided into three main categories: financial, physical, and emotional. Let's look at each category to understand better how to spot the signs of elder abuse in a nursing home.

Sometimes unethical individuals will target senior citizens for scams and fraudulent dealings. This is because elders may suffer declining mental states, making it harder to tell that they're being scammed. It can also be because they might be unfamiliar with current technology.

Email scams are a good example of technology used to rob the elderly. This is because senior citizens may not understand how email scams work, making them more likely to fall for them. Scams such as phishing for passwords or tricking the elderly into sending money via wire transfer fit into this category. These scams can occur at a nursing home if someone gets access to an elder's email address or other online information.

Other forms of financial elder abuse include:

This form of elder abuse includes unexpected withdrawals from financial accounts, no longer receiving mail from the bank, and property that has gone missing. Sudden financial difficulties such as being evicted, having the utilities shut off, and having many unpaid bills can also be signs of financial elder abuse. In cases such as these, contacting a personal injury law firm specializing in elder abuse can help you decide what to do and receive compensation for stolen money/property if possible.

Physical elder abuse is one of the most common forms of elder abuse in nursing homes. This can occur for various reasons, such as staff members being too rough with elders, becoming frustrated and taking out their stress on elders, or simply because they enjoy being abusive. In any case, it is crucial to be able to recognize the signs of elder abuse that are physical.

The signs of elder abuse that are physical can be undeniable in many cases. Abrasions, bruises, burns, and broken bones are all easily noticeable if the affected area isn't covered by clothing. Also, if different caregivers give conflicting stories on how the injuries happened, it could be a sign of them attempting to cover something up.

It is also important to note that the victim may assist the perpetrator in concealing this form of abuse. This could be out of embarrassment or a misguided attempt to protect their abuser. Regardless, if an elder gives implausible explanations for wounds they've suffered, it can be a sign of abuse.

The signs of elder abuse can be challenging to detect when it is emotional abuse. However, several indicators can tell you if an elder is being taken advantage of or abused emotionally. The critical thing to remember is that while emotional abuse doesn't cause direct physical harm, it can still harm seniors physically by increasing their stress levels and blood pressure.

A family member can often notice emotional elder abuse through physical indicators such as high blood pressure, anxiety, rapid weight gain or loss, or a sudden behavior difference. This can form depression, confusion, sleeping problems, and other strange behavior. In some cases, the elder may show signs of fear when in the presence of their abuser.

Another thing to consider is that someone emotionally abusing an elder may attempt to isolate them from friends and family. They do this to gain more power over the elder and prevent others from discovering the abuse. Unfortunately, this can also lead to elder abuse, such as financial and sexual abuse.

Who Does Elder Abuse Affect?

Elder neglect and abuse primarily affect the elderly, as you would expect. The stress of the abuse can lead to significant health problems that shorten the victim's lifespan. When it comes to physical abuse, the abuse itself can sometimes be life-threatening if severe enough.

Also, be aware that elder abuse can affect others as well. For example, if an elder is scammed and loses all their savings, their family may not get the inheritance as planned. This can even impact the family's ability to afford to keep their elderly relative in a nursing home.

Elder abuse affects the nursing home as well. If a story about elder abuse gets out, it can damage the facility's reputation, even if the one doing the abuse is arrested or fired. Loved ones of the abused could also sue the facility. In either case, the damage may be enough to shut the nursing home down. This makes it extremely important for management at nursing homes to take elder abuse seriously and to always be on the lookout for it at all times.

What Happens After Elder Abuse is Discovered?

After elder abuse or elder neglect is discovered, several things can happen depending on the severity of the abuse and its effects on the victim and the victim's family. Choosing the correct way to deal with a case of elder abuse is essential for the victim, the abuser, the nursing home, and everyone else involved. Since this is a complicated subject, getting legal help is often the best solution. That said, there are several steps that you can take depending on the situation.

If the abuse is relatively minor, such as a staff member being too rough with an elderly patient when moving them around, confronting the abuser may be enough to get it to stop. While the victim's opinion should be considered, be aware that they may try to protect their abuser.

If confronting the abuser directly isn't enough to get them to stop, or if the abuse is to the degree that extra measures need to be taken, then speaking to the nursing home management is a good idea. This can help prevent contact between the abuser and victim or get the abuser fired and charged with a crime if the situation warrants it.

If the abuser severely harms the victim, then hiring a lawyer and filing a lawsuit can be the best action. This is especially true if the abuse has led to a significant financial loss because of additional medical costs or the loss of property, possession, or savings. Remember that the abuser can be sued directly, or the nursing home itself can be sued, depending on the situation. Regardless, a law firm can advise you on how to proceed.

If the abuser has committed a crime, then pressing charges is also an option. This can be done by filing a police report or contacting the Adult Protective Services department if your state has one. In any case, reporting the crime of elder abuse can help prevent the abuser from harming
other elderly in addition to your loved one.

Complications That Can Arise

While confronting the abuser and the nursing home management is relatively straightforward, filing a lawsuit or pressing charges can be complicated. This is especially true if you're unfamiliar with the law or legal proceedings necessary to take such measures.

Another complication that could be troublesome is that many victims of abuse develop an affinity for their abuser. Like Stockholm Syndrome, this can make taking action against the abuser difficult if the victim wishes to protect them. Separating the victim from the abuser could even cause emotional harm to the victim in some cases. Even so, action must be taken to stop the abuse one way or another.

“She always made me feel taken care of, helped me find amazing doctors, responded quickly, kept me updated, communicated consistently, and was professional and respectful.”