As a licensed personal injury attorney in California, Ms. Djawadian provides relentless dedication and service to clients in greater San Diego who have been injured or wronged by others.

San Diego is home to beautiful weather, miles of sandy beaches, and major attractions. We are known worldwide as one of the best tourist destinations and a great place for residents to relax year-round. San Diego is a destination hotspot with the San Diego Zoo, Balboa Park, La Jolla Cove, and countless other attractions. 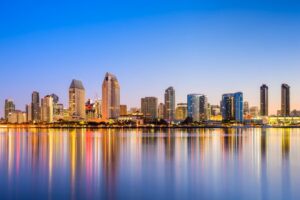 “She always made me feel taken care of, helped me find amazing doctors, responded quickly, kept me updated, communicated consistently, and was professional and respectful.”